The Joy of Voicing – Speaking

Hello World! Not too long ago Kristin Linklater and I taught an intensive together at KLVC. It was an embodied week of Breath, Sounds and Symbols. Come, spend an hour with me. I’ll share some of that work with you. Bring your appetite for language, your need for relief, your thinking/feeling breath, and your vibratory body.

Your Vimeo link and password needed to view, will be received in your receipt after booking. 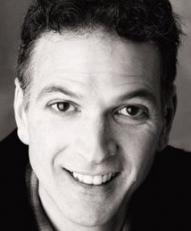 Louis Colaianni coaches for film, television and stage, is on the faculty of Yale School of Drama and has taught at drama schools from coast to coast. Colaianni has written several books and articles on voice, speech, accents, phonetics and Shakespeare performance. He has coached productions on Broadway, Off- Broadway, and in theatres throughout the U.S and taught residencies and workshops in the U.K., Germany, Finland, and Australia as well as the U.S. The late Kristin Linklater designated him as a teacher of her work in 1987. Colaianni lives in Manhattan, where he maintains a private studio.