Home Shop Linklater Live Warmups Up and Out with Janet Feindel

Up and Out with Janet Feindel

This session explores imaginative ways to integrate the principles of the Alexander Technique with voice, to discover more expressiveness and expansiveness.

The explorations will include some of those outlined in Feindel’s book, The Thought Propels the Sound, Plural Publishing and utilized at various training programs in North America and Europe.

Bring some memorized text to experiment with or use the texts provided. 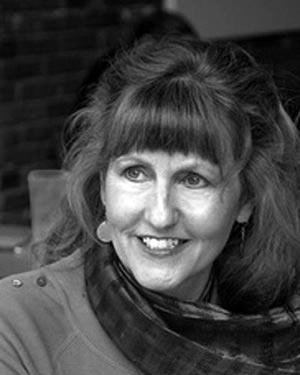 Feindel was designated as a Linklater Voice teacher in 1993, after completing a teacher training with David Smukler in 1989. In 2018, she received a lifetime honorary membership to the Pacific Voice and Speech Foundation for her “exemplary contributions to the care and pedagogy of the artistic voice.”  She has coached Academy Award Recipient F. Murray Abraham, Tony Award Recipients Patina Miller, Leslie Odom Jr; Golden Globe Award recipient Matt Bomer and Tony Nominee Josh Gad (Frozen 1, 2), among many others.  Her coaching credits include: Theatre for a New Audience, NYC/Royal Shakespeare Company Complete Works, UK alongside Cicely Berry, CBE; Stratford Festival, Birmingham Conservatory Canada; & the US Queer as Folk.    She is a certified Alexander Technique Teacher (AmSAT, CanSTAT, ATI).  She has presented at international conferences including: Choice for Voice, British Voice Association; Care of the Professional Voice Symposium and the International Congress of the Alexander Technique.