Linklater Voice warm up with Peter Marciano – “A Warmup through Consonants”

Explore the ways you create consonant sounds in your body. Swim through MMMM, dance the steps of KUH, and explode in RRRR.

KLVC hosts the Linklater Live each week’s at 4 pm GMT – please check your own timezone using our useful converter. 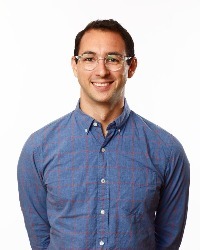 Peter Marciano is a New York-based actor and teacher from Syracuse, NY. He has been teaching at The New York Film Academy since 2015 and currently serves as the Head of Acting for The Professional Conservatory of Musical Theatre. He is a Designated Linklater Teacher, having studied voice and Shakespeare under master teacher, Kristin Linklater, in Orkney, Scotland. He trained with Louis Colaianni and is a Certified Colaianni Speech Practitioner, specializing in phonetics and dialects. He has most recently performed in St. Lucy of the Eyes, Richard III, If Stars Are Lit, and Twelfth Night. He has taught voice, movement, and acting on three continents, and coached actors appearing on Broadway, Off-Broadway, and National Tours. He is a Co-Founder of Purple Ribbon Shakespeare, a NYC based non-profit theatre company. He holds an MFA in Acting from The Actors Studio Drama School at Pace University.