PARTICIPANTS MUST BE COMMITTED TO ATTENDING THE FULL WORKSHOP SCHEDULE.

Desire to develop an understanding of voice. No previous Linklater Voice training is necessary. Fluent ENOUGH in English to follow Anne’s instructions.

One session per day:

The workshop begins with exercises designed to awaken a sensory and imagistic relationship with voice. The progression of exercises leads from physical awareness (locating tension and releasing it) to awareness of breathing, the experience of sound in the body, the release of tension in the throat, jaw, tongue and soft palate, the development of resonating power in the chest, the mouth and the face, the accompanying development of breathing power, the exploration of range throughout two to three octaves of speaking notes and, finally, to articulation.

The workshop gives an intensive overview of the basic progression of exercises as covered in the 2006 edition of Kristin Linklater’s book Freeing the Natural Voice: Imagery and Art in the Practice of Voice and Language. The overall function of the work is to remove the physical and psychological blocks that inhibit the human vocal instrument. The objective of the work is a voice in direct contact with emotional impulse, shaped by the intellect but not restricted by it. As we work with releasing the voice from the body, we will work viscerally with language and text transforming communication and interpretive skills.

Be aware that exercises include adapted yoga positions, floor relaxation, arm swings and other physical activities. All these can be adjusted to individual physical needs.

What do I need:

Space – enough floor space to stretch your arms and legs out, whether on the floor or whilst standing.

A poem (no more than 14 lines) that has particular meaning for you – something you need to speak right now If English is not your first language, then the text can be in your own language – please send a copy of your text and an English translation (if applicable) to booking@linklatervoice.com asap after being accepted on to the workshop. 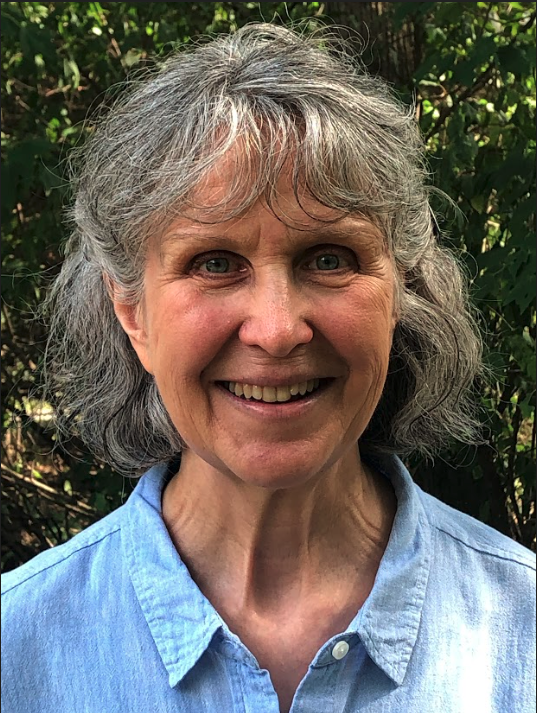 Anne Brady is a Professor in the Theatre Department at Binghamton University (SUNY) where she is Head of the Acting/Directing Program and teaches Voice, Movement and Acting to both undergraduate and graduate students.   She has been a Designated Linklater Voice Teacher since 2003 and is a founding member of the KLVC.   Anne holds an MFA from Brandeis University and a BA from the College of the Holy Cross.

Anne has often been part of the Voice & Text faculty at Shakespeare & Company’s (Lenox, Massachusetts) Month-Long Intensive Training Program for Actors as well as their Summer Training Institute.  Anne directs regionally and has worked as a vocal coach Off Broadway.  She has also worked as an actress in New York, New England, New Jersey, and Ohio.  Anne is a proud member of Actors’ Equity, SAG-AFTRA, VASTA (Voice and Speech Trainers Association) and the National Alliance of Acting Teachers.